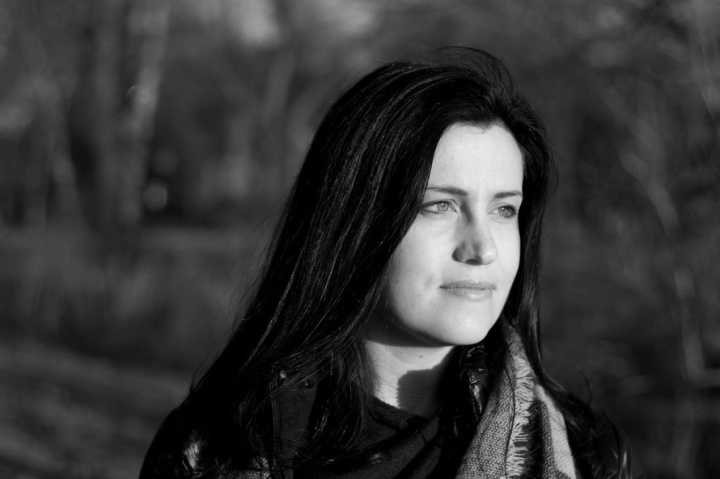 As the summer descends like a whirlwind of classes, coursework and obligations, the pressure to perform intensifies, and with it, the doubt.

You’ve already heard all the warnings about how difficult summer semesters are, and how easy it is to fail. The courses are accelerated. The professors are pushy. And all you can think about is all the ways you would much rather spend swimsuit season.

Even so, students who fail quizzes and tests during this time are still stunned by bad grades; and some take it as a good reason to drop the class. In fact, summer semester or no, failure is always a possibility, and can make many students feel discouraged. It’s easy to think:

Why am I even here? Maybe I’m not cut out for this. Am I just wasting my money? What if I fail the class? Maybe I should just drop out.

But as with any other obstacle in life, losing the battle does not mean forfeiting the war. I once scored a whopping 11 percent on an exam for a ridiculously complicated class called Decision Science. Yet, I managed to complete the course with a B at one of the toughest universities on my island.

Here’s how I managed to motivate myself in spite of scoring a low grade – and how you can do the same.

Focus on the End Goal

One grade is only a drop in the bucket, in the larger scheme of things. While it certainly decreases the likelihood of leaving the course with an A, it doesn’t mean you need to fail or drop out altogether.

Focus on the bigger picture, and move forward by working on what you can fix and improve, now that the test is a thing of the past. No amount of worrying will bring you a time machine to go back and change it.

So rather than waste your time moping about the failing grade and worrying about the future, plan for a better score the next time around by using that time to study instead.

Understand Where you Went Wrong

When studying for the next test, the first place to start is wherever you went wrong initially. If you can’t figure it out, then enlist the help of other classmates or your instructor to see where you went wrong. This helps to ensure you don’t make the same mistake a second time around.

Many students choose to move on by merely studying something else. After all, the exam is long gone. However, what you do in a test or quiz could show up again on a final exam. And even if it doesn’t, the core concepts you learn in one class might likely show up again in future courses. This is especially the case with degrees in technology, science, and math.

Even while pouring your energy into studying for the next test, thoughts of self-doubt might come to haunt you. You might start to think about all the problems you have had with similar courses, and how much money you sank into paying for these credits.

You remember your friends warning you not to take the course over the summer semester, or family members questioning whether you could handle your major at all.

Cast the self-doubt aside by focusing on the positive. Most schools do not accept college students unless they believe they have the ability to do well, and to succeed. There is a reason there is an application process, and why some college-hopefuls likely never made it to your class.

Take this vote of confidence from your college, and arm yourself with it against doubt of your ability to achieve academic success. Accept that as humans we are capable of making mistakes, even when we know we have a lot to lose.

In fact, the higher the stakes, the greater the pressure. And for most people, the more pressure someone faces to perform, the more likely they are to make human errors. This is normal.

Appeal to the Teacher

At least twice in my academic career though, my classmates and I took a different course of action. In the case of the Decision Science test, for instance, I wasn’t the only one who failed. Almost the entire class did.

How? We made the same stupid mistake: we wrote our algebraic formulas with the wrong sign, and ended up plotting a graph on the opposite side it should have been on.

Thus, we appealed to the teacher as a group and requested a resit. She was hesitant at first, but when we later learned that other groups had also failed the test that week, the teachers re-taught that portion of the lesson, and allowed us to resit the exam. We didn’t all ace it the second time around either, but we did a hell of a lot better!

If all else fails and you find yourself incapable of recovering from the failing grade, or just feel devastated at the lost opportunity for an A, hang in there. However you choose to handle your distress, avoid using drugs and alcohol to cope.

Recreational drugs and alcohol flood college campuses every semester, and the temptation is great. However, if humans have nothing else, we at least have the opportunity to make choices for ourselves.

While the occasional drink and night out on the club is fine, using drugs and alcohol to cope with stressful situations encourages the development of unhealthy habits. Many an alcoholic and substance abuser got their head-start – or just that final push – while in their later high school years and early college years.

Don’t become a statistic. Problems do not fix themselves on Earth, while you’re soaring high. What comes up must come down, and they’ll be right here waiting for you when you get back.

If this bad grade follows a string of others, as discouraging as it may be, it’s not a sign that college isn’t for you. Take a moment to step back and consider your strengths and weaknesses.

There is a degree for everyone out there, regardless of the field you’re interested in. In fact, college students who choose not to complete their degree can consider professional certifications instead. There are usually also easier degrees to replace more difficult ones: like nursing or dentistry in medicine, and paralegal work in law.

It’s not about not being smart enough. It’s about finding areas and levels of study that are compatible with your strengths and weaknesses, whatever they may be.

College is a trying time of every adult’s life, no matter how smart or privileged they may be. While we would all love to breeze through college with straight A grades in reward for very little effort, this is an unlikely case for most of us. Acing college not only takes hard work, but it also takes perseverance and a refusal to accept failure as your end game.

So get up. Dust yourself off. And keep truckin’.