You’ve likely heard of the amazing experiences that come with college life: great sports programs, fun parties, freedom, amazing opportunities to network, and of course, obtaining a degree in your field. But at College Mate, we want to prepare you for real life, by sharing both the good and the bad.

One aspect of college life many students are unprepared for is dealing with high rates of sexual assault and rape, on and off campus. In addition to this, many victims may have to deal with how lax college bodies are with handling these incidents.

Whether it’s a Stanford athlete getting a light sentence to secure his future at the Olympics, or Kenneth Starr potentially covering up sexual assault cases committed by Baylor University’s star athletes – the struggle is real.

So since rapists just can’t seem to control themselves these days, and college administrations don’t really care, here are some ways that women – and men – can avoid sexual assault in college. 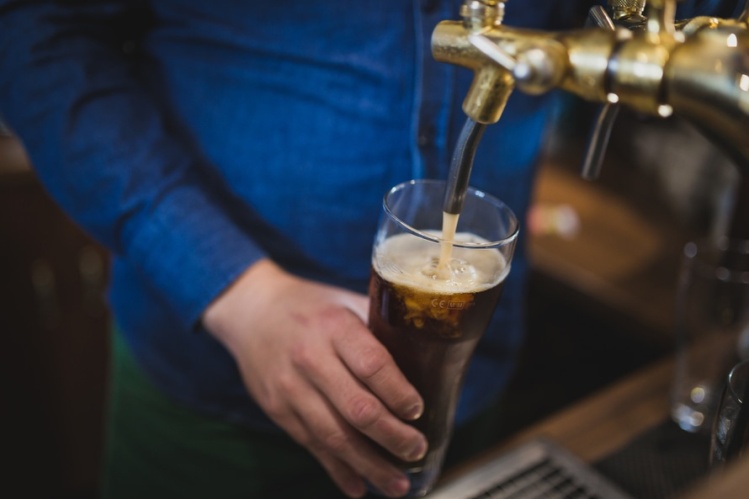 At least half of all incidents of sexual assault in college, and 90% of all “acquaintance rapes” involve the consumption of alcohol – whether by the victim, the perpetrator, or both. Still, the general consensus is that while moderate drinking in social circles is fine, excessive drinking which leads to blackouts or impaired judgement should be avoided.

However, if you are sexually assaulted at a party or even at a private residence, one of the first things you will be asked is how much you were drinking, and whether or not you were drunk.

So, since you’ll likely be blamed for consuming alcohol in the first place, don’t even have a sip of beer. Besides, someone might slip something in there when you’re not looking.

Don’t Hang Out with Athletes and Frat-Boys

In an overwhelming majority of rape and sexual assault cases, the perpetrators are athletes. Guys in fraternities are also 300% more likely than others to commit acts of sexual assault or rape.

As shown in the case of the Stanford rapist, being a star athlete can also cause sentences to be light, even when convicted. And in the case of Baylor University, the rapists often face no investigations or repercussions at all.

If you absolutely must hang out with the super-fit guys, consider alternative options, which do not include mainstream competitive sports. Guys who are into skateboarding, extreme biking, hitting up the gym for fun (not for Olympic training), and even hiking are usually just as fit, just as fun, and often far more adventurous.

Then again… since “99% of female and 85% of male survivors [a]re raped by a male” you’re probably better off cutting males out of your life as best as possible.

This advice is specifically for women. Of course, men get raped too but few of them ever get asked What were you wearing at the time the incident occurred. Prepare yourself for this attack on the validity of your accusations by dressing like an old librarian who has two dozen cats waiting at home, wherever you go.

Not only will this help to make you less attractive to college frat-boys who are more easily wooed by what magazines and reality TV calls sexy, but if you are the unfortunate victim of sexual assault, you can always tell them:

I wore an itchy sweater with a turtle neck, an ankle-length skirt, and thick glasses.

This should help your case – somewhat.

In virtually all our articles on holistic health, we encourage college students to remain active in order to reap the physical and mental rewards of exercise. However, exercise also comes with many risks for the young college student hoping to avoid any likelihood of being raped or sexually assaulted.

For starters, young women who work out – especially when it begins to show in their physical appearance – automatically look more attractive to everyone, including sexual predators.

Along with this, many of the ways women get their workout in puts them in danger of being dragged off into the bushes or attacked in a parking lot. These activities might include: running at night, hiking in the woods, swimming in a bikini, and of course, hanging out with potential athletes at the gym.

Don’t work out. Be safe.

If you think you might find yourself in a situation where you may want to consent to sexual activity, keep the key nearby so that you can remove the device if necessary. If you change your mind and the denied male refuses to respect your wishes, swallow the key and call for help.

Ridiculous Enough for you Yet?

Has this gotten ridiculous enough for you yet? The pressure society puts on victims to protect themselves from another person’s malicious intents and bad behavior is just as ridiculous.

While there are certainly things women – and men – can do to reduce the likelihood of rape and sexual assault, there is no guarantee that these things will work. In any case, people should remain responsible for themselves and their own decisions, but they cannot accept responsibility for the decisions and actions of other people, as well.

Thus, a real solution starts with teaching people – men, in particular – not to rape, rather than teaching victims how not to be raped. It starts with taking reports more seriously, and providing an environment on campus and off, where women feel they can report the crime and get the treatment they need without being judged – without being asked:

What were you wearing? Why did you leave your friends? How much did you have to drink?

Though one of the leading contributors to rape is alcohol, what the media often neglects to point out is that more often than not, it is not the victim, but the perpetrator who is drunk.

In fact, according to the National College Women Sexual Victimization:

Rape does not begin with a short skirt, a walk to your car, or a can of beer; it begins with the rapist. And don’t allow anyone to tell you differently. We wish you all the best on your college journey – and may your stay be sexual-assault-free.

Read the anonymous submission of one College Mate reader who was sexually assaulted by a childhood bully, she later ran into in college.

Alexis Chateau is the Founder of College Mate and Managing Director at Alexis Chateau PR. She is an activist, writer, and explorer. Follow her stories of trial and triumph at www.alexischateau.com. Bathing suit or sweatpants – Alexis is Still Not Asking For It.

Alexis Chateau is the Managing Director at Alexis Chateau PR. She is an activist, writer, and explorer. Follow her stories of trial and triumph at www.alexischateau.com. View more posts

26 thoughts on “How to Not Get Raped in College”