We’re two weeks away from Halloween. That means plenty of time to plan our costumes, make our orders online, and put the whole thing together. Right? Wrong!

Work and other obligations will get in the way, and then the day of Halloween we’ll be scrambling to put together a last-minute costume that looks like we’ve been working on it all year.

Well… not one for procrastinating, we’ve already put together a list of five awesome last-minute costume ideas to get you started. You might wanna bookmark this for later. Just saying… 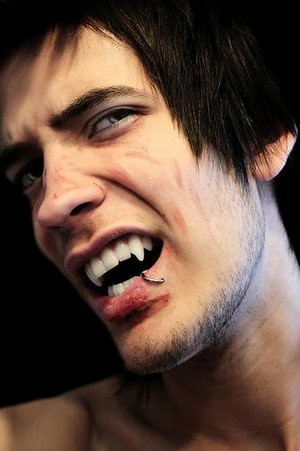 When it comes to last-minute costume ideas, you can’t go wrong with the classics. And when it comes to classic costumes, vampires are one of the most iconic. They also provide the most variety – from Bram Stoker’s well dressed counts in three piece suits and capes, to Stephanie Meyer’s sparkling vampires in T-shirts and jeans.

So what do both vampires have in common to make your costume work? Pale skin and a set of fangs. Try using white face paint, or foundation a shade or two lighter than yourself, and pick up some fangs at the store. If possible, throw in some colored contact lenses as well.

Every other detail – or lack thereof – is up to you.

Another Halloween classic is the witch. It’s easy to throw on a black dress, and grab a pointy hat from the dollar store. But for a more iconic look, try Harry Potter – or virtually anyone else from his gang.

One of the most familiar faces in fiction, Harry’s look is the easiest to emulate. All you need is a nice stick to use as a wand, round-framed glasses, and some eyeliner to draw a jazzed lightning scar on your forehead.

Elaborate Harrys might involve the preppie Hogwarts uniform, but real Potter fans know that Harry was always running around in a jacket, T-shirt, and jeans, when he should be in bed or in class.

Wednesday Addams is a timeless character who first made an appearance in the 1930s. The quiet and morbid child of Gomez and Morticia Addams, Wednesday is known for her pale skin, stoic expression, pigtails, and her black clothes with white collars.

If you have short or light colored hair, then you’ll need a wig to pull this off. If you can’t find black clothing with white collars, then simply wear a white collared top beneath a black a black one and voila! And don’t forget the black stockings and boots.

The main character from a classic horror film, Carrie is a shy girl who is bullied by her classmates because of her eccentricities. When she is pushed to the limit on prom night, she unleashes her telepathic powers in revenge, killing everyone.

This is one costume that will require you to get a little messy and may cost you a good dress. Try grabbing a cocktail dress from a Goodwill or other thrift store, and pick up some fake blood. Don’t forget to practice your blank stare, and maybe add a cross pendant for the final touch.

1. Whatever you Went as Last Year

If you still have last year’s costume, then that’s probably your best bet for this Halloween, on short notice. It’s easy to change minor details that can make a world of difference, and make the costume just a little less recognisable.

Have you ever seen or come up with some pretty awesome last-minute costumes over the years? Tell us about it in the comments!

Alexis Chateau is the Managing Director at Alexis Chateau PR. She is an activist, writer, and explorer. Follow her stories of trial and triumph at www.alexischateau.com. View more posts