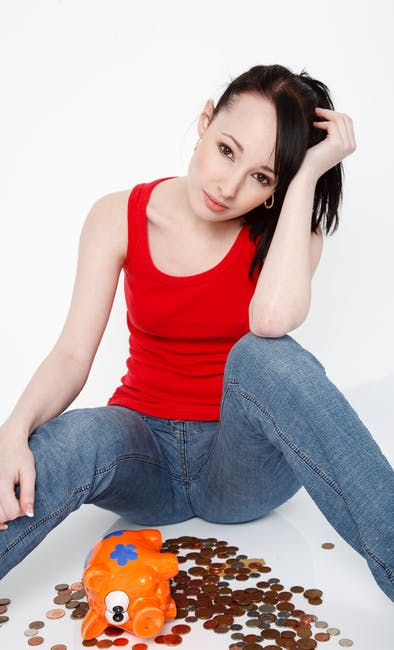 Being a broke college student sucked!

Don’t get me wrong, I was broke before I went to college. My family didn’t make much money, and I didn’t start working until the summer before I started college. But I had a plan—I took personal finance in high school, and I already knew all about budgeting.

Although I did receive federal aid for most of my years in school, money was tight. I made enough at minimum wage to eat and pay rent, but I was barely scraping by. And before I knew it, surprise bills began to pop up. There was no way I was prepared for the several financial disasters that I faced in my college years. Here are five of the worst I tackled.

Anyone who’s moved out on their own can understand the shock of immediate financial responsibility. I started working my senior year of high school and had saved what I thought was a good sum of money. I had no idea the true cost of living on my own.

What got to me first were security deposits. I needed to make a downpayment for my apartment, for my internet, and all of my utilities. Since I had no renter or credit history, I had to pay upfront, and the deposits quickly guzzled down my initial savings.

After that were my home items. I needed utensils, cookware, plates, bedding. It took a long time to gather the items I needed for day-to-day life—things I took for granted when I lived at home.

Still, I kept my chin up. I ate cups of noodles, as per true college tradition, and I sat on the floor for my first year. I saved $20 a week to buy used and dollar store home items, and before I knew it, I had a hodgepodge of stuff to furnish my home.

When I moved out, I didn’t live completely on my own. I had a friend from high school move in with me. Little did I know the disaster that would follow, when you first learn  how responsible—or lazy—your friend truly is.

College doesn’t agree with all of us, and it didn’t agree with my roomie. Within the first semester, she had failed all of her classes and was working half the hours she was supposed to. That meant in the middle of our one-year lease she left me on my own and went back to live with her parents.

I was dumbfounded. How was I supposed to pay the rent of two people? I begged my classmates for help. They pointed me to Easyroommate, an online service to find new roommates. After only a month I escaped my financial disaster and found a roommate for the remainder of my semester.

I had learned my lesson. I saved as much as I could during the remainder of the lease for my next new deposit. And most importantly, I learned to thoroughly vet my next roommate to avoid any more disasters.

Of course, college tuition isn’t the only expense for classes. It’s no secret that most college students believe the textbook industry is a huge scam. So, meet the next financial disaster, paying for expensive, required textbooks.

With only a few dollars left to spare, I was forced to get creative with finding my books. By my final years, I had a foolproof system: I was only taking classes that I knew had no required textbooks or had them for under 30 dollars. I became an expert book-shopper.

It wasn’t always easy, or even always possible. But the amount of effort I spent researching the textbook costs and requirements could have qualified for a 3-credit class itself.

During my first few years of college, I managed to live close to both my job and my classes. I could take a bus from one to the other with time to spare. But as time went on, my schedule and bills became too demanding, and I was forced to switch jobs in order to avoid another financial disaster.

The drawback? It was pretty far. That meant it was time to buy a car. I had never bought a car before. Like many first-time car owners, I had dreams of owning a Corvette. Sadly, my research suggested that on my limited income, it would be a little out of my reach.

So I took a cheaper route—I bought a bike. For the rest of the semester I rode my bike to and from work and school, saving the $5 a day in bus fare towards my dream car. And eventually, I was able to afford a Neon: a car that was common enough to replace parts for cheap, and had a low insurance rate.

When I eventually bought a car, the next disaster to fall into my lap was parking. Some colleges (like my own) offer parking options within the tuition, the same way you would purchase meal plans. Unfortunately, parking plans can sell out within an hour of going on sale, meaning hourly parking is your only choice.

I, of course, could not afford the parking plan. Instead, I found AirGarage. Similar to AirBnb, homeowners can rent out parking spots in their own driveways near popular locations for the month. This gave me the freedom to move locations if a spot didn’t work out.

Needless to say, going to college was expensive. Studying, working, and even living cost more than I was ever prepared for. But I maneuvered through every financial disaster and ended up on top, completely unscathed, and with the right preparation and a creative mind, so can you!

What financial disasters have you faced in college, so far? Tell us all about them in the comments below!

Lexi C is a writer with a passion for writing about travel, personal finance, and health and wellness. She believes that helping others is one of the most important things in life, and one of the best ways to do this is to share what little wisdom we all have with others. ​