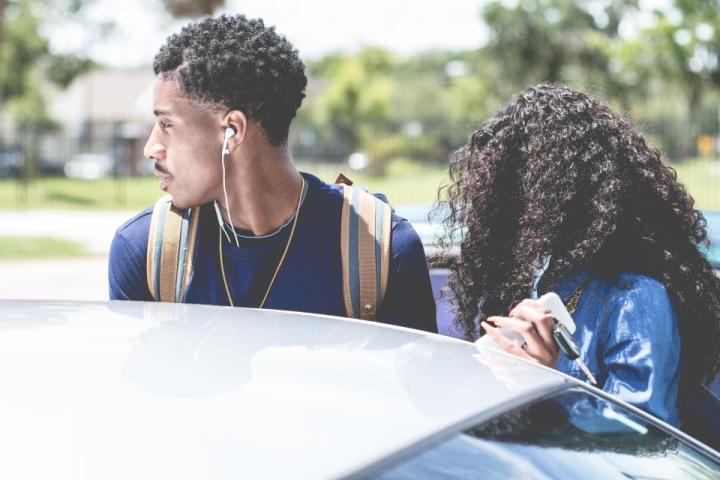 I started college with big expectations of college guys. Most of those expectations were based on what I knew about high school boys; and college boys were supposed to be even better! I fully expected to find my college sweetheart, and live “happily ever after”.

Instead, what I found was that most college guys had one goal: to get you in bed. They would use every pick-up line, and give every compliment, just to trick you into  dropping by their dorm room to “watch a movie.”

I found myself repeating this cycle until one day, I had to face the truth. I cried as I looked at myself in the mirror, and realized I was still single and lonely. I wanted a boyfriend, not casual sex.

Ladies, don’t be fooled, as I was. As freshman females, you are the fresh meat on a college campus.

College guys love to check out the new girls coming in, and it can be difficult to navigate between the upperclassmen who want a relationship and those who just want a “friend with benefits”.

Here are the warning signs to look out for, so you can decode the bro code, and find out if he’s up to no good.

“Want to come over and watch a movie?” he asked. I never thought I could be so gullible. I remember laying in my dorm, staring at my phone, hoping he called. When he finally did, I was so excited.

I thought he had asked me out on a mini-date. I used to watch movies with guys I dated in high school all the time. The difference is, your mother or father are not on your campus with you…

When I got there, he actually put on a movie (sometimes, they don’t!). And like most girls, I jumped ahead of myself, thinking that he wanted to be my boyfriend; and how we would get married. I even wondered if our future kids would look like him, or me.

I never thought that I would give more than just my company, but I did! As the movie ended – that neither of us watched – he got up, turned the lights on, and told me that he had to get up really early and needed to get some sleep.,

“You want me to walk you back to your dorm?” he asked. I was so humiliated. After turning his offer down, I slowly gathered my things and left.

The guy that wants a friend with benefits, knows just what to say to get you to “come over watch a movie”. But, if he asks you to come over after 10PM, believe me, he wants more than company. IT IS A TRICK!

If the Flirting Stops…

Guys that just want to get you in their beds will say or do anything to get your goodies – except give you a title of girlfriend.

My freshman year, I met a guy in the Student Union. He was an upperclassmen and a starter on the football team. This guy would see me from a distance and start shouting my name; screaming that he needed me and telling me to hit him up.

After weeks of chasing me down, flirting, and compliments, I gave in; and invited him to hang out in my dorm with me. I realized, immediately, that he had no desire to be anything more than a friend with benefits! He was just saying everything I wanted to hear so he could get me alone and hook up.

A guy that wants more than a friend with benefits, will do everything possible to make sure that you are his girl. Flirting, touching, and compliments are small steps toward a relationship, but you have to identify what kind of relationship he is looking for.

If a guy wants a friend with benefits, he is more than likely saying and doing the same things to other females on campus. So, if you won’t sleep with him, he can easily find someone else who will.

How does he communicate with you?

There are so many forms of communication. Texting and direct messaging (DM) are quick ways to reach out, or get to know new people. During your freshman year, you are constantly making new connections.

Most new friends give their number, saying “Text me!” or they ask if you are on Snapchat, Instagram, or Facebook. Many relationships start this way, especially on a college campus. There are so many people, and sometimes you don’t see someone again for weeks, depending on how big or small your campus is.

I once met a guy on campus who asked for my number, and all he would do was text me or ‘hit me up’ on Facebook. Of course, most of his conversations were about chilling at night.

If a guy is texting you at 10PM or later, it’s a booty call! However, the most important aspect of a conversation is the content. Guys are deliberate about what they want. He might sugarcoat it with compliments and kind words, but if he only wants what is in your pants, it won’t take long for him to mention it.

While, there is nothing wrong with texting and “DMing”, over time, a genuine guy will show a little more interest by calling you. He will ask you to go eat outside of the Student Union Café. He will take you out on dates, attend campus events with you, introduce you to his friends.

If he wants you to be more than a friend with benefits, he will do more than just text you and slide into your DMs!

Does he claim you?

When a guy makes his claim, this is when you know the relationship has been confirmed. This is not about ownership. It’s about not being afraid to own up to his connection with you, as his girlfriend.

On college campuses, it shows that he is not ashamed of you. But why would he be ashamed?

There was this guy, my freshman year, who would only hit me up at night. I never met any of his friends, unless they were at his apartment, when I arrived for a “booty call”. He asked me to keep our relationship quiet.

If you are told to keep your relationship on the down-low, he is likely sleeping with other girls and doesn’t want them to find out. Even the biggest campuses are small, especially with social media.

So, if he is claiming you on campus by walking around with you during the day, eating lunch together in the Student Union, or by attending campus events together, he more than likely wants more out of your relationship than just casual sex.

There are only 3 months between high school and college. This is not enough time to prepare for the relationship differences that college life brings. And the differences are drastic.

You go from puppy-love relationships with boys, to half-grown men who are more manipulative and probably just want one night stands. Before you know it, you’re waking up in a room you don’t even remember walking into.

The first step to being a healthy you is knowing what you want. If you want to take the risk of casual sex, keep in mind that having sex with him will not change his mind about the status of your relationship.

If you want a boyfriend, then beware of the signs of the guy that just wants a f**k buddy. With the tips I provided, hopefully more young girls can better determine a guy’s intentions, before it’s too late.

Ta’lor Pinkston graduated from California University of Pennsylvania with a bachelor’s in creative writing and a master’s in social work.

Although her passion is working with youth and families, she also enjoys using her writing to support childhood development, anti-bullying, positive relationships, equality, and the empowerment of all women.

You can find her at Ladyhood, where she writes as Pinkspen.

This post is the second March submission for the Monthly College Mate Writing Contest.

85 thoughts on “Decoding the Bro Code: One Night Stand or Long-term Girlfriend?”